The highway of life

I’ve always wondered what causes traffic on a highway. I mean, if every driver sticks to his own lane, there shouldn’t be any traffic, right? Whether you are late for work, an interview, exams or just a meeting, everybody hates traffic and tries avoiding it. Sometimes in avoiding, we escape, other times we get trapped in a more serious traffic. This article, the highway of life, tries to bring out the different life lessons we can get from the road traffic we experience daily.

There’s a kind of traffic which is just a little bit annoying. That’s the one caused by traffic controllers and lights on the highway. You know they’re doing a good job but you may have a change of mind. Especially if the red light appears directly in front of you not once or twice in a row. At least, this kind of traffic is only temporary and last for a few seconds.

Traffic lights are used to alternate right of way to users. Red means stop, green means go and yellow means slow down. Usually we don’t decide whether or not to follow them, we just follow! Now, relating this to life, can you think of anyone who has such authority over your life?

Like all electronics, we have a creator. The same way a manufacturer controls his product, God controls the universe. In a way, I often look up to Him the same way as the machine controlling all the traffic lights we see on roads. UNSEEN but very powerful. Now let’s compare their functions.

Everyone is happy when the lights turn green. Green lights mean progress, success, improvement, growth and a step closer to destination. How do you feel when you have been given right of way, and the cars on the other lane haven’t? happy right!

There are moments in our lives when we feel like we’re making progress. So many open doors, opportunities and favors. Everything happens so fast that before you even notice you’ve reached your destination. How you maximize this particular point of your life will determine how fast you’ll get to your destination. Imagine you had a free lane, but you don’t speed up and end up in another traffic. What a waste!

Orange or yellow lights usually indicates to a driver to slowdown or to proceed with caution. It’s more of a warning and an advance notice that there’s something ahead. It’s a little bit tricky because it doesn’t say ‘stop’ directly. Do you sometimes feel like you’re going too fast and need to stop for a while? or do you feel like God maybe giving you a signal, a warning! that you need to slow down. Sometimes you only realize in retrospection that there was a warning signal, but you probably didn’t notice.

Red is a color of extremes. It could mean love and passion as well it could also mean danger. In this case, it means the latter. In a way, it’s actually meant for good but we always see otherwise. Just like we said green means progress, red on the contrary means no progress. But no progress doesn’t always necessarily mean regression. Like seriously, it hurts to see others making progress in life and others even reaching their goals meanwhile you’re still on the same spot. I always hate it when cars on the other lane are given right of way and not us. It makes me wish I was rather on their lane.

You will agree with me that, this is similar on the highway of life. Sometimes you’re on the move, at high speed. Other times you’re slowing down and sometimes even completely on hold. Which ever one you find yourself in, you need to understand that it’s part of the process. The people you think are progressing aren’t always like that. At some point in their lives, things weren’t moving too. It’s never just a green light, if you’re lucky to have met a green light, sooner or later you’ll meet a red light or yellow light. If you met a red light be grateful because you don’t know the danger that was ahead. The red light will never be there permanently

On the highway of life, we’ve been placed on different lanes. We received different signals at different moments. Some may last longer than others but whatever the case is stay on your own lane and learn from it. 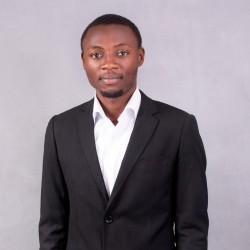 Sandra Mokom
Sandra Mokom is the founder of Beiblackbeauty which is not just a blog but also a growing community of black women with a vision to see a generation of women who are comfortable and confident in their own skin.